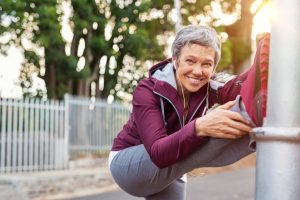 The study, published in The Lancet, reported eight out of 10 knee replacements last as long as 25 years. This is significant for a number of reasons:

Prior to the study, 15 years had typically been cited as the length of time patients should expect an artificial knee joint to last. Fifteen years had been given as a rough estimate because there was no scientific evidence to prove the actual time period joints lasted after joint replacement surgery.

The researchers followed nearly 500,000 patients who had undergone joint replacement surgery over the past 25 years. Specifically, the results showed that:

After a patient has had joint replacement surgery, sometimes a second surgery, called a revision, is needed to replace the joint. Reasons for revision surgery vary and may include infection in the knee, loosening of the implant, or wear-and-tear of the artificial joint.

A Positive Impact on Patients and the Healthcare System

The study is not only useful for those considering total knee replacement, it also impacts healthcare more widely:

Click here to read the full study in The Lancet.